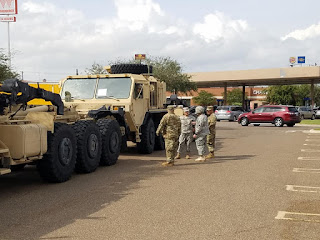 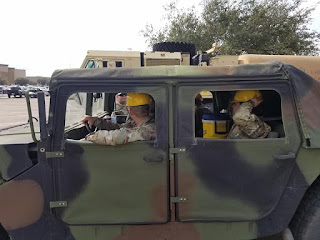 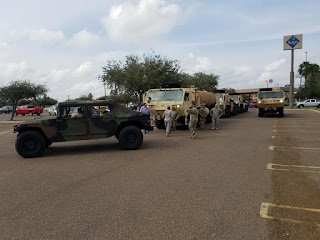 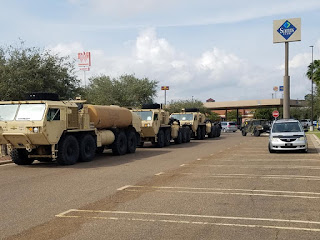 Posted by Michael Seifert at 3:37 PM No comments: 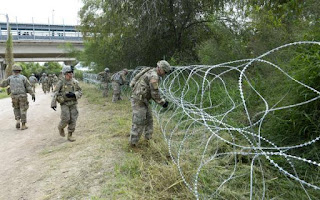 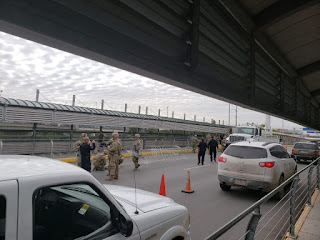 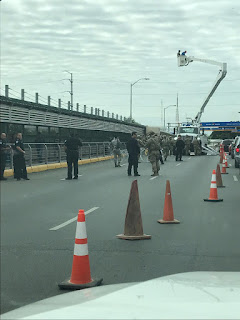 Posted by Michael Seifert at 3:16 PM No comments:

This is a proposed letter to CBP to be sent out on Monday. For your information on the trickery involved:

We write in response to the September 6, 2018, notice to “Whom It May Concern” regarding the construction of a levee/border wall system in the Rio Grande Valley Sector. We incorporate by reference and reattach the comments submitted by 32 organizations, dated August 3, 2018. We appreciate the extension of time granted for the submission of these comments until November 6, 2018. We were shocked and dismayed, however, that the Secretary of the Department of Homeland Security chose to issue a waiver of numerous federal laws in the middle of this very comment period. It is particularly ironic that the Department of Homeland Security (DHS) utilized this unprecedented authority to waive all laws for a proposed project that has as its ostensible purpose upholding the rule of law.

In the webinar hosted by Customs and Border Protection (CBP) on October 30, 2018, CBP’s speaker repeatedly claimed that the Environmental Stewardship Plans (ESPs) that would be prepared for construction of border wall in the Rio Grande Valley were “meeting the same intent as NEPA (the National Environmental Policy Act)”, that ESPs “look exactly like EAs (environmental assessments), and that ESPs “mirror” what’s in an environmental impact statement (EIS). All of these statements are incorrect. As stated in the Council on Environmental Quality’s regulations implementing the procedural provisions of NEPA, alternatives are “the heart of the environmental impact statement” 40 C.F.R. § 1502.14. Further, whether in the context of an EIS or an EA, NEPA requires agencies to “study, develop and describe appropriate alternatives to recommended courses of action in any proposal which involves unresolved conflicts concerning alternative uses of available resources” 42 U.S.C. § 4332(E). Yet the CBP officials who presented information during the webinar were clear that there would no alternatives in the ESP and even said that the “alternative of no barrier is not an option,” indicating that there would be no consideration of alternatives whatsoever.

Further, as you know, the public normally has a minimum of 45 days to comment on an EIS, 40 C.F.R. § 1506.10 (c) and the NEPA procedures for the Department of Homeland Security generally provide for public involvement in EAs. Instruction Manual 023-01-001-01, Revision 01, Section V(C). However, in response to questions about an opportunity to review draft ESP(s), the public was told that there would be no review of draft ESPs. In fact, it sounds as though the ESPs will not even be available to the public until they are final.

This lack of alternatives and public comment makes a mockery of any assertion that this ESP could be the “equivalent” of an EIS or meet the same intent.   Rather than actually informing a decision on how best to carry out CBP’s responsibilities in the RGV, the ESP serves to document the impacts of a decision already made. Further, there is no assurance that the impact analysis will be sound, including, critically, a study of the cumulative effects of the border wall along with other past, present and reasonably foreseeable actions impacting the communities, wildlife and lands of this unique landscape. Rather, it appears that these impacts will receive, at best, superficial consideration in the absence of compliance with the full panoply of laws that would normally apply to a proposal of this magnitude.

Finally, we note that CBP has rejected our request for public meetings or forums in the RGV in favor of the webinar. While we appreciate the ability to ask questions during the webinar, the information presented was replete with vagueness and full of generalities. Specific questions about tribal consultation, structures impacted, and the continued operation and access to nature areas were not answered. It is impossible for the public to provide thoughtful comments when CBP’s plans remain unarticulated and detailed maps of the proposed project have not been released. Also, we note that there are no forums in which questions can be addressed in Spanish, despite the fact that there is a large Spanish speaking population in the affected communities. CBP’s two webinars were no substitute for public outreach.

For these and other reasons, we request that the waiver of laws be withdrawn and that CBP initiate full compliance with all laws applicable to the proposed border wall construction. This would give CBP the much-needed time to study and understand the wide range of concerns with the project, actively engage with and obtain meaningful input from the public, and consider alternatives to the project that are far less expensive and less harmful to communities and wildlife in the Rio Grande Valley.
Posted by Michael Seifert at 2:29 PM No comments: